When you or someone close to you encounters tragic circumstances, a common reaction is to reach out a helping hand to those experiencing the same pain. That was certainly the case for Holly Wade, who was diagnosed with a rare form of brain cancer at age 14. She saw patients and families around her struggling to bear the financial weight of their illnesses, and so the Hands For Holly nonprofit was born. Although Holly passed away seven months after her diagnosis, Holly's family has joined with a dedicated team to continue her mission and carry on her legacy.

"Holly noticed how so many kids in the hospital were left alone while fighting for their life," said Christine Wade, the organization's executive director and Holly Wade's mother. "She couldn't understand why or how that happened. The answer became clear once we found out that parents often have to make the heartbreaking choice to either stay in the hospital with their child or to go to work to cover the basic needs for their family and other children, such as rent, utilities, food, transportation, and more."

"Holly wanted to help, so she and I spent her final seven months working on how we could lend a hand," Wade said. "The Hands for Holly Fund was born and incorporated the night before Holly left this world. She left, however, with the peace and knowledge that through her illness she would make a difference and help so many. Our continuation of the Fund is a direct reflection of who Holly was and continues to be in this world."

Wade said she often encounters misconceptions among parents and families about the extent to which health insurance will cover their medical expenses. These families are often left unprepared for the full financial toll of their child's illness.

"Over 600,000 American households declared bankruptcy last year due to medical bills," Wade said. "We have been able to bring awareness to this large national issue of medical bankruptcy and the financial hardship that hits so many in our community. There are very few organizations like ours that financially help families battling critical childhood illness or injury. We hope we have inspired folks in our community to join our mission."

"We're not a large organization, but the workload is!" Wade said. "Since no one working for the Hands for Holly Fund is paid, we rely heavily on volunteers. A lot of critical responsibilities fall on the few within our organization. We are always on the look out for talent willing to lend a hand to our cause."

To learn more about Hands for Holly, visit the organization's website. Consider designating Hands for Holly as the charity to receive 20% of your order total when you purchase custom greeting cards from Cards for Causes. 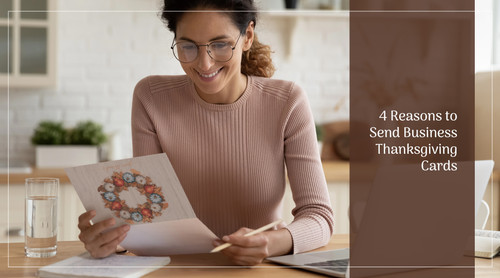 As the year comes to a close, people find an assortment of ways to show thanks and appreciation to those in their immediate circles. If you run a business, for example, you might want to mail car 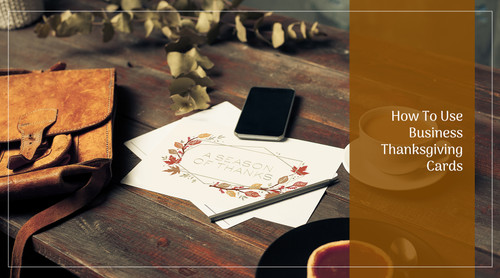 How to Use Business Thanksgiving Cards 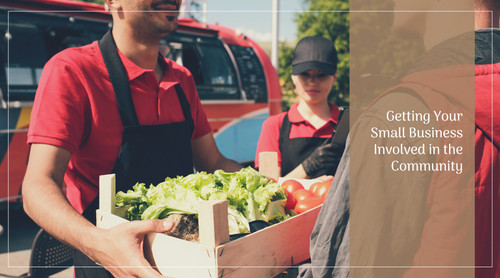 Making Your Business a Part of the Community

The month of May tends to place a larger spotlight on small businesses around the nation because of the National Small Business Week celebration. With small businesses being a vital part of the commun

A portion of every card purchased is donated to charity.